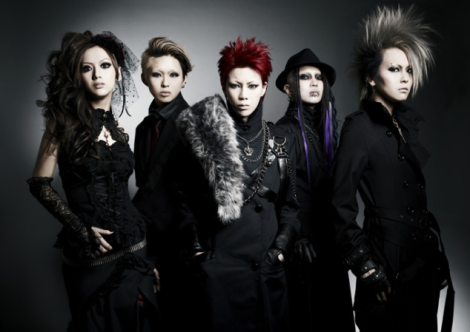 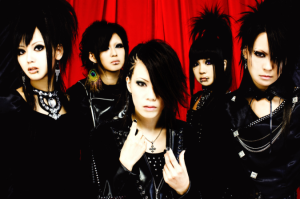 often combined with an androgynous look. Musically, visual kei bands play a mix of metal, glam and punk. The visual kei scene is dominated by men (who look like women), and so all-female visual kei bands, like exist†trace, are not common. In fact, when the band formed, some fans didn’t believe that the members were actually women. But, they are, and singer Jyou is sexy, especially wearing that tight cocktail dress in the live performance video of their song “KISS IN THE DARK.” But, that dress, for Jyou, is not common either. Typically, she dresses in black leather outfits, like she just jacked into The Matrix.

exist†trace‘s first album, Recreation Eve (2008), was a compilation of their singles released from 2006-2008, including a re-recorded version of their song “JUDEA” and a new song. Their sound was very dark, 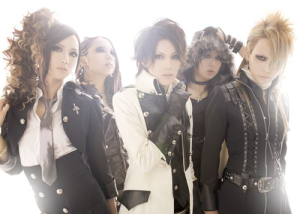 gothic with occasional growled vocals from Jyou, similar to other dark visual kei bands like DEATHGAZE. In 2009, exist†trace released two mini-albums, VANGUARD -of the muses- and Ambivalent Symphony, in which they introduced a more rock-oriented sound similar to visual kei bands like D’espairsRay. Their lyrics, apparently, were still dark, but I don’t speak Japanese. The first mini-album is the better of the two. “VANGUARD” and “ROGUE” are excellent darker rockers, and “ORLEANS NO SHOUJO (オルレアンの少女)” and “Hana no Sakanai Machi (花の咲かない街)” are cool, too, but the slower “Requiem” is the standout track. “RESONANCE” and “Owari no Nai Sekai (「終わりのない世界」)” are the best tracks on 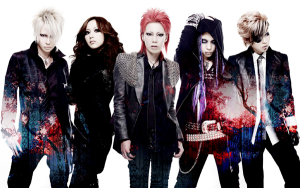 Ambivalent Symphony. These releases showed that Jyou’s voice, sans growls, and Miko’s riffs were key elements of their sound.

In 2010, exist†trace released the single, “Knife,” whose title track is one of their best songs ever. Jyou’s voice is perfect, especially in the addictive chorus, and, overall, my comparison to D’espairsRay is strengthened, but that’s not a bad thing. The single was followed, later that year, by their second full-length, TWIN GATE, which included the single, two tracks from each of the mini-albums, and five new songs. “Neverland” is, arguably, the best of the new tracks. “Take me,” Jyou begs, in English, in the intro and each chorus. I love that! “unforgive you” is, if not the best, a close second.

Jyou’s vocals really drive home the passion (implied by the song’s English title) in the hooky chorus. And, sometimes a simple English song title helps give a song meaning if that song’s vocals are not in English. Dark themes are implied not only by this band’s music, but also by its tone. If Jyou is actually singing about catching butterflies amidst the cherry blossoms, well, then I have so misread this band! Anyway, “Blaze” is a cool dark rocker, too. The word “blaze” can mean “an intensely burning fire,” like in your heart. A burning desire, wanting. Jyou’s heart yearns for another. See how that works? Now, if you speak Japanese, and you’re reading this, don’t ruin it for me. I mean, you know, if she’s singing about butterflies.

Watch the video for “VANGUARD” here:


In 2011, exist†trace released two more mini-albums, TRUE, which was their major debut, and THE LAST DAYBREAK. Both releases are pretty amazing, every track. “TRUE” and “KISS IN THE DARK,” from the first one, would appear on their next album, VIRGIN (2012), but “Honnou (本能),” “Tokoyami no Yoake (常闇の夜明け)” and “Jiyuu no Sora, Chijou no Uta (自由の空、地上の歌)” are cool, too. 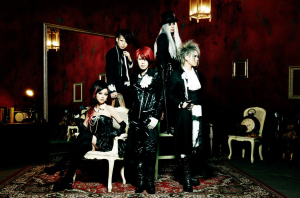 “KISS IN THE DARK” incorporates a jazz influence, which is not uncommon for visual kei bands (Sugar, DOREMIdan, etc). And, Jyou looks amazing in the live video! “Daybreak ~13-gatsu no Shikisai~ (13月の色彩),” “Little Mary to Utsukushiki Nikushimi no Donau (リトル・メアリーと美しき憎しみのドナウ)” [also a jazzy rocker] and “I feel you,” from the second one, would also appear on VIRGIN, but hard rocker “be Naked” and pop/rocker “Kimi no Masshiro na Hane (君の真っ白な羽根)” are my favorites. VIRGIN included six new tracks, in addition to the five from the mini-albums and, of those, “HONEY,” “Keiyaku (契約)” and “SIGNAL (シグナル)” are the best. But, the last track, “SORA,” my favorite, is just a little better.

Watch the videos for “TRUE” and “Daybreak ~13-gatsu no Shikisai~” here:

Oh, and watch Jyou in that sexy dress here: 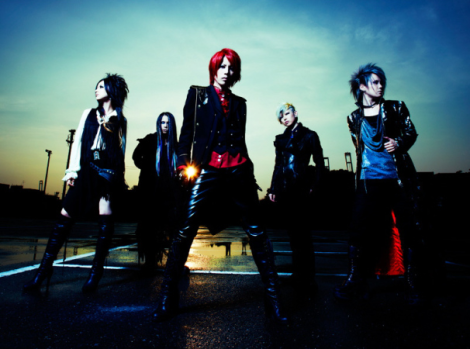 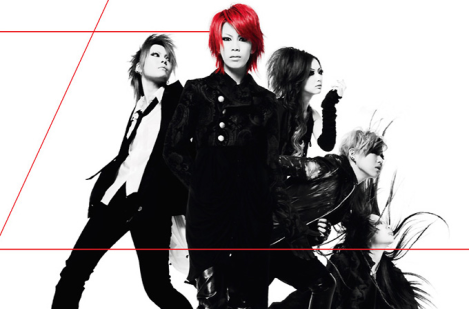