Chiaki Kuriyama is a Japanese actress, model, and pop/rock singer, born in Tsuchiura, Ibaraki, on October 10, 1984. She is best known, in the West, for her roles as Takako Chigusa in Kinji Fukasaku‘s classic Battle Royale (2000) and as Gogo Yubari in Quentin Tarantino‘s Kill Bill, Volume 1 (2003). She’s also played Kozue in Shusuke Kaneko‘s Azumi 2: Death or Love (2005)

[which is the awesome sequel to Ryuhei Kitamura‘s even awesome-er film, Azumi (2003)] and Agi in Takashi Miike‘s The Great Yokai War (2005). She’s been in dozens of other Japanese movies and TV series since before and after Kill Bill, Volume 1.

But, surprisingly, in 2010, she released the single “Ryuusei no Namida”, which was used as the first ending theme for the anime Mobile Suit Gundam Unicorn. The title track was pop, but, the B-side, “Kekkai IN MY BED”, was a bouncy pop/rocker. I thought, “Is Gogo Yubari a rock star now?” Then, another single followed, “Kanousei Girl”, which was used as an opening theme for the anime Yorinuki Gintama-san. The title track was written and produced by Tomoyasu Hotei. You don’t know his name, but, you know his badass instrumental theme “Battle Without Honor or Humanity” if you’ve ever seen Kill Bill or any action movie since. “Kanousei Girl” was another pop/rocker, while the B-side, “Ai ni Katachi ga Nai no Nara Doushite Kowaretari Suru no”, was a cool pop ballad. But, so what, she was still an actress pretending to be a rocker, right?

Well, in 2011, she changed my mind, big time, with two more singles. The first was “Cold Finger Girl”, which was used as an opening theme for the anime Level E. The song was written and produced by Asai Kenichi

of Japanese garage rockers BLANKEY JET CITY and THE PONTIACS, who also recorded the song. “Cold Finger Girl”, my favorite Kuriyama track, rocked, and, the B-side, “Getsumen Nanchakuriku”, was just as cool. Then, later that year, came the double A-side single, “Oishii Kisetsu/Ketteiteki Sanpunkan”. Both songs were written and produced by Shiina Ringo who is, arguably, one of the most influential Japanese rock chicks ever! Shiina Ringo is, solo or with her band Tokyo Jihen, my all-time favorite Japanese rock chick, if nothing more. Chiaki Kuriyama was a real rock star! Sadly, Kuriyama’s sexy video for “Cold Finger Girl” is no longer to be found on YouTube, so, instead, watch the video for THE PONTIACS‘ original version of that song here:

In March 2011, Kuriyama released her debut album, CIRCUS, which included all of the singles I just mentioned, except for “Ryuusei no Namida”. And, on the new tracks, the collaborations with rock stars continued, including with Japanese rockers Hoshino Hidehiko 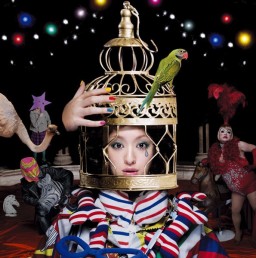 & Sakurai Atsushi of BUCK-TICK on “Shinkai” and Sugawara Takuro & Taki Yoshimitsu of 9mm Parabellum Bullet on “Roulette de Kuchizuke wo”, as well as with Chris Cester & Mark Wilson of Australian garage-rockers Jet on “Kuchi ni Shita LOVE” and Stephen Jenkins of American alt-rockers Third Eye Blind on “Ladies & Gentlemen”. A fifth single, “Tsuki no Shouzou”, released after CIRCUS, was another collaboration with Shiina Ringo. The song is the theme for the Japanese television drama Himitsu Chohouin Erika (2011) in which Kuriyama also starred. The B-side, “Seishun no Mabataki”, was originally recorded by Shiina Ringo‘s band Tokyo Jihen. Both were included on the album’s Deluxe Edition, released in January 2012. 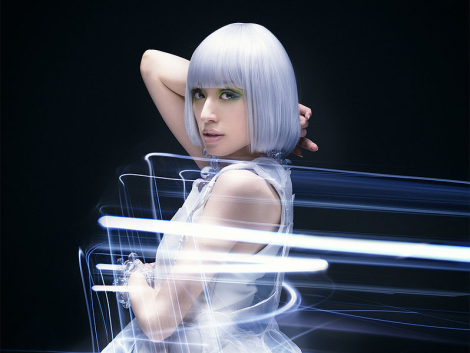 Chiaki Kuriyama‘s current single, “Toyosu☆Luciferin”, was released in April 2013. The title track was, again, produced by Taki Yoshimitsu of 9mm Parabellum Bullet, with lyrics by Goto Mariko, former vocalist of Japanese noise rockers Midori. But, no video, so, instead, watch Gogo Yubari in action here: