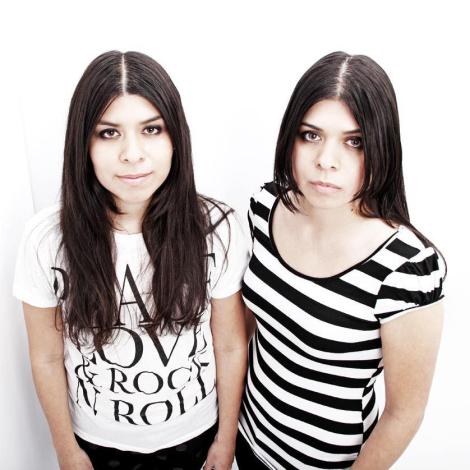 Miracle Dolls is an “alternative/rock/indie pop” band from Southern California fronted by Native American twin sisters Dani and Dezy Doll (aka Danielle and Desiree de la Rosa). They cite as influences The Beatles, The Rolling Stones, The Pixies, Weezer, and Joy Division; and, they describe their sound as “Nirvana making dreamcatchers with The Beatles.” I found the link to Miracle Dolls when I was on The Turbulent Hearts‘ Facebook page for a previous post. I checked them out and, now, I think I may have found my next new favorite band!

Miracle Dolls‘ latest album Thieves and Guns (2014) is chock full of addictive, guitar-heavy rock songs about “love and life” with the twins’ pristine shared vocals lofting over quiet verses into louder choruses like, well, Nirvana. I hear Kurt Cobain‘s influence, loudly, in songs like “Nevermind” and